A McDonald’s burger that has become an unlikely internet sensation has reached its “10th birthday”.

The burger was the last order ever purchased when McDonald’s closed its final store in Iceland back in 2009. 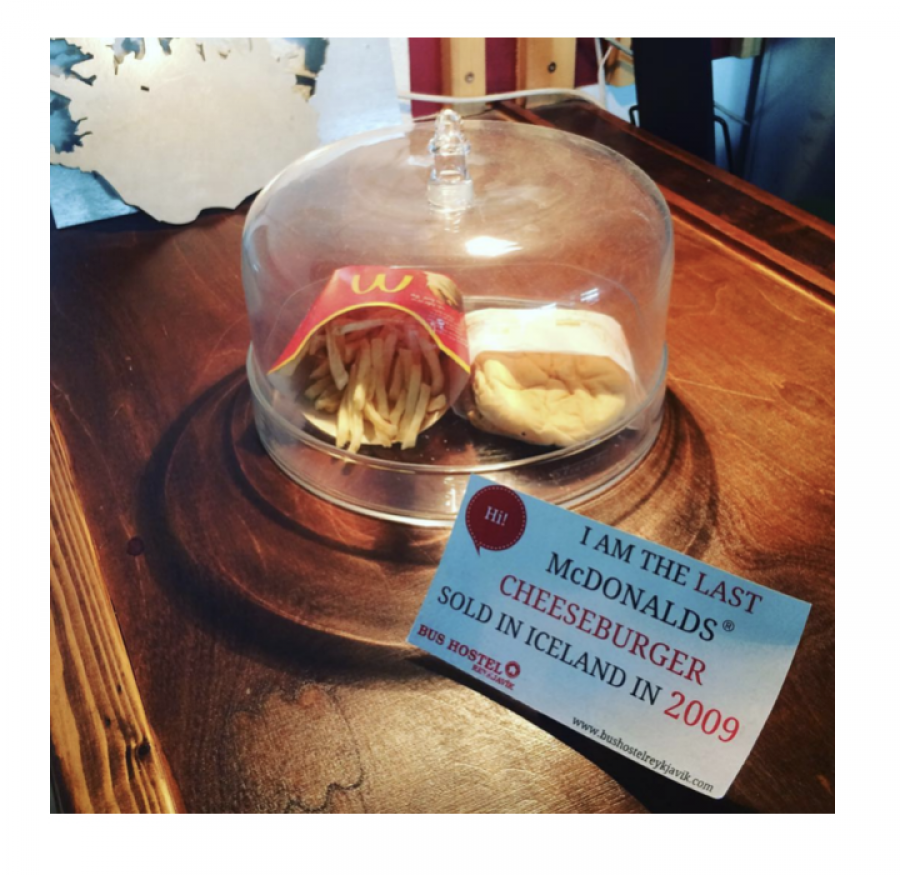 Hjortur Smarason bought one to see how long it would take to go bad.

Initially, he kept the meal in his garage before lending it to the National Museum of Iceland.

"I decided to buy a last meal for its historical value since McDonald's were closing down," Smarason told AFP.

"I had heard that McDonald's never decomposed so I just wanted to see if it was true or not."

The burger is now on display inside a glass case at Snotra House, a hostel in Thykkvibaer in southern Iceland.

And it became even more famous after the hotel posted a live stream on the internet allowing thousands of netizens following a live-stream of its decay.

The hotel claims it receives up to 400,000 hits daily and hundreds of people have posted pictures on social media standing next to the meal.

"People from around the world... come here just to visit the burger," Sigurdur Gylfason, the owner of the establishment said.

“The burger and remaining fries are still in good shape even though it’s been almost 10 years since their sell-by date,” a post on the hotel’s website reads.

Laís Lu
6:23 PM
This is why I don't eat in McDonalds
0
Share
Reply
Tweets by iDialogue
WEEKLY POLL
Do you segregate your waste at home? (plastics/glass/organics)