According to the UN there are 13.5 million Syrians in need of urgent help as a direct result of the war.

History of the conflict

The trouble began in 2011 in the Syrian city of Deraa.

Many Syrian people were angry at the government for its severe practices that included arresting, torturing and murdering citizens for political reasons.

The Syrian citizens were demanding less corruption and more freedom and democracy.

Groups of rebels came together to actively fight the government.

However, one of the things that makes the Syrian War so complicated is that Assad is unpopular with so many different groups of rebels.

The rebel groups fighting Assad don’t agree with each other much else. Despite their common enemy, all of these groups have their own views . Some are normal, and others are dangerous and extreme in their own way.

It is estimated that there are 1,000 separate rebel groups fighting against Assad and his forces.

President Assad also has plenty of citizens that support him throughout the country that have also joined his side of the fight.

The war has also created what experts call a “power vacuum”. That means that all of the chaos and no clear leadership makes it easy for dangerous, organized groups to come in and take control.

The United States began sending resources to support moderate groups of rebels to help fight Assad in 2011. By 2012, this support increased to include training, intelligence, and airstrikes.

The airstrikes targeted ISIS fighters, but many people don’t agree on how effective the strikes are. Some think that the U.S. air strikes cause more harm than good, because sometimes they kill innocent civilians.

The other major international player in this conflict is Russia, which has been a strong supporter of the Assad government.

Like the U.S., Russia became involved at the beginning of the war in 2011 by supplying resources to Assad and his forces. Then in 2015, Russia joined the fight by sending military officers and launching their airstrikes against rebel groups.

Both the United States and Russia claim that they are focusing their efforts on defeating ISIS. But, because both of the countries have different opinions about the war, there is a lot of finger-pointing and controversy over who is actually being targeted by each country.

This has caused confusion in the already complicated relationship between the U.S. and Russia.

This power vacuum helped clear the way for ISIS to start gaining land and power in 2013.

ISIS is a savage terrorist organization that attacks innocent citizens around the world.

They use violence against anyone who doesn't agree with their extremist views.

Today they are the most feared and powerful terrorist group.

It’s hard to imagine what life must be like on the ground in Syria. While numbers cannot do the experience justice, they can help us understand the scale of the conflict.

One of the saddest parts about the war is that it is affecting so many innocent people. Not everyone dying is a soldier. Of the death toll, an estimated 86,000 who lost their lives were innocent civilians.

About 40% of Syrian children are not able to go to school at all because of the war. This will have a negative impact on the country for years to come.

Children have witnessed and experienced extreme violence, and more than 10,000 young lives have been lost as a direct result.

This has lead to a refugee crisis on a scale that the world has not seen since World War II.

The war forced over 10 million people to leave their homes.

Half the Syrian population has been displaced since March 2011 when the conflict began.  About 6 million of those people escaped to other areas of Syria, and about 4 million of them have left Syria for safer countries.

The UN's Refugee Agency says more than four million people have fled Syria to neighboring countries, and over half of those are children.

But even though millions have fled the conflict, nearly 18 million people still live in the war-torn country. For the people that still stay in their homes, many of them do not have access to clean water, food supplies, education or health care. 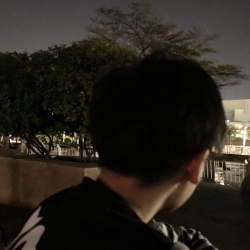 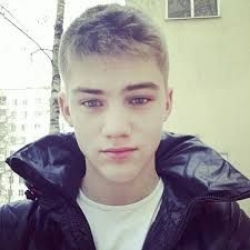 Leontij Horobets
11:02 PM
The whole world must give up weapons
3
Share
Reply

Mikolas A
11:01 AM
I don't understand why good people should suffer from war
0
Share
Reply

Leontij Horobets
11:02 PM
The whole world must give up weapons
3
Share
Reply