Inventions have the power to change our world for the better. Some are designed for work. Some are just for fun. Others help people and the planet.  We made a selection of our favorite inventions to share with you.

Here are three that have us excited about the future. Read on to learn what’s special about each of them. Which invention do you like best?

Glasses That Give Sight To The Blind

Millions of people are legally blind. For them, getting around can be a challenge. Support canes and guide dogs can help. But they are no substitute for vision. ESight 3 is. Think of it as the world’s most powerful pair of glasses.

Once users put on eSight, it records high-definition video. It then uses special tools to turn those images into something the blind can see. The technology lets users take part in a variety of activities, including sports, that would otherwise be off-limits.

The device costs nearly $10,000. The high price means it’s not accessible to everyone. But it is cheaper than the company’s earlier versions. It’s also faster, lighter, and equipped with better zoom capabilities. So far, the company estimates that it has been used by more than 1,000 people.

A Robot You Can Relate To

Personal robots have come a long way recently. Amazon Echo and Google Home are two you may have heard of. The devices can tell you the weather and order food for you. They can dim your lights and play your favorite song. But basically, they’re stationary speakers with a light that turns on when you speak.

It’s that Jibo seems downright human in a way that the robots that came before him do not. (We’re calling Jibo “he” because that’s how he refers to himself.) “We want people to look at Jibo and realize he’s a someone and not a something,” says Matt Revis. He’s the vice president of product management for the company that makes Jibo. And while the technology may seem amusing—or creepy, depending on your point of view—it could reshape how we interact with machines.

The future of farming is growing oysters, clams, and seaweed on ropes anchored to the ocean floor. So says Bren Smith. He is the director of GreenWave, a Connecticut nonprofit that’s doing just that. The idea isn’t as wild as it may seem. Oceans are overfished, and farming on land is increasingly problematic. It accounts for a growing portion of the planet’s greenhouse-gas emissions. Humans need to develop alternative food sources.

GreenWave’s crops offer interesting advantages. They are protein-rich. They don’t need fertilizer. They even combat climate change. Of course, getting Westerners to eat mostly mollusks and seaweed is a stretch. Still, GreenWave sees potential. The group has helped fishermen establish 14 farms along the coast of New England since 2013. Now it has plans to expand to California, the Pacific Northwest, and Europe. 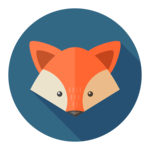 Budanov Kirill
5:06 AM
New technologies are very useful these days. Without inventing new technologies, we would stop in development. Therefore, all new technologies, such as helping blind people or just for fun, are very, very important. Once people dreamed of flying, and n
0
Share
Reply

Anfisa Popova
10:08 PM
It's really amazing how useful the technologies are nowadays. These inventions solve a lot of people's problems. Even if it's made for fun (like JIBO) they still show the progress. Also I'm impressed by glasses that give sight to the blind. This kind of t
0
Share
Reply 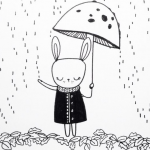 Polina Senko
5:47 PM
I am very impressed with how far progress has gone. Many things used to seem like a dream. Now they are becoming reality. A lot of inventions are made for entertainment. Then inventors make improvements so their creations become very useful. Perhaps in th
1
Share
Reply

Polina Senko
5:47 PM
I am very impressed with how far progress has gone. Many things used to seem like a dream. Now they are becoming reality. A lot of inventions are made for entertainment. Then inventors make improvements so their creations become very useful. Perhaps in th
1
Share
Reply

SofiaK
9:48 PM
That's really impressive. Even some years ago a lot of modern technologies existed only in people's imagination. But now they are becoming real. Some of modern technologies can be just for fun. But some of them can be really helpful. They can help disable
1
Share
Reply
Tweets by iDialogue
WEEKLY POLL
Can money buy happiness?